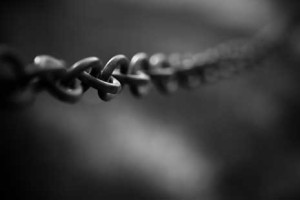 Most are not aware of the soul crimes of their ancestors.  These betrayals remain unknown, as they are passed unconsciously through the generations.

But some are more sensitive by nature, and feel these wrongs as violations.  They question the source of this poison infecting them, since its source feels external to them.  As unnamed traumas begin to contaminate these sensitive types, they perceive a grave error, dissonant from their sense-of-self.  This discernment can begin in early childhood.

If the sensitive child is not crushed by the emotional limits of his parents, he distances himself from the traumas leaking through mother and father and begins a survival strategy.  He steps aside from the emotional constriction of his caretakers and creates a secret world.  In this private world, he preserves what is best in him.  From this protected place, he observes those in his family and world who would destroy his original impulses and authenticity and holds on to these treasures at all costs.  His devotion is not to mother and father or social propriety, but to these rare gifts at his core.

If the child persists in this self-preservation into adulthood, he will succeed in establishing a true identity, separate from the disguised cruelty of normalcy.  In so doing, he breaks the cycle of transgenerational transgression and a new way of being, consonant with truth and nature, begins.